A Trip Of A Lifetime 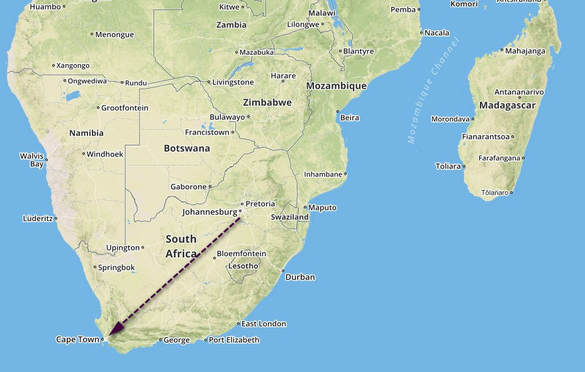 ​This summer Peggy and Warren Hayes left The Gatherings behind for nine days so they could pursue one of their long held dreams.  It was a trip to South Africa to Johannesburg and then on to Cape Town.

​Now that they have returned safely they have offered us some incredible visual souvenirs of their trip - sights you never see from Wellington or Dumfries Roads.

To get to this spot Peggy and Warren signed up with Lion World Travel which organized their personal safari for about $3,100 per person - a fee which included everything including travel and lodging. They flew for more than 16 hours to get to their destination.  They said it was a wearying trip but was well worth the effort. 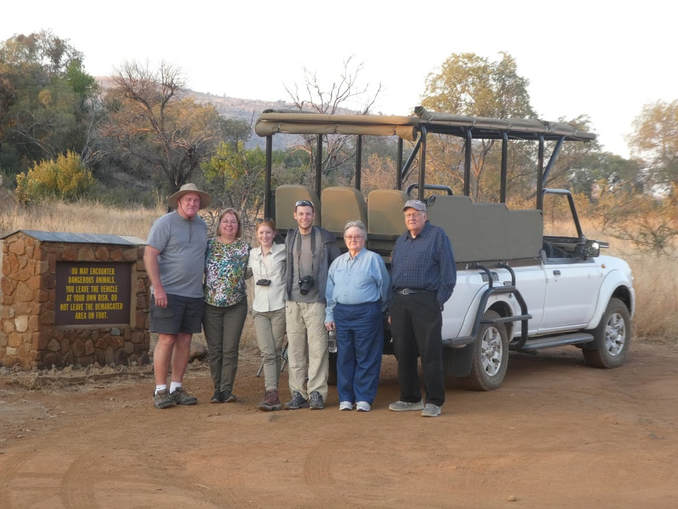 ​Once there they didn't just sit in their room and enjoy their view of the park. They, and a few other guests, climbed into a safari vehicle for an unforgettable 3-hour ride through the reserve. Usually 6 or 7 people go  at a time. Their companions for this ride were from New Orleans and Canada. 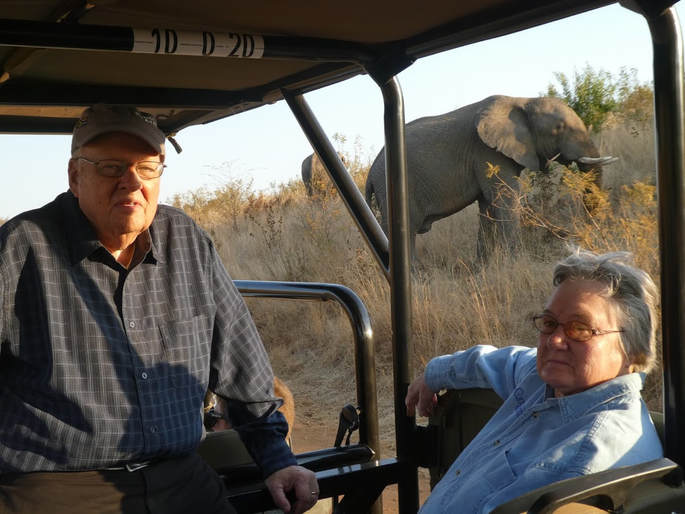 When their vehicle wasn't bouncing up and down on the dirt roads of the park Peggy and Warren aimed their cameras to capture some some the sights they saw along the way..

Sights of the Safari

Use the left and right arrows below to scroll through the photos. 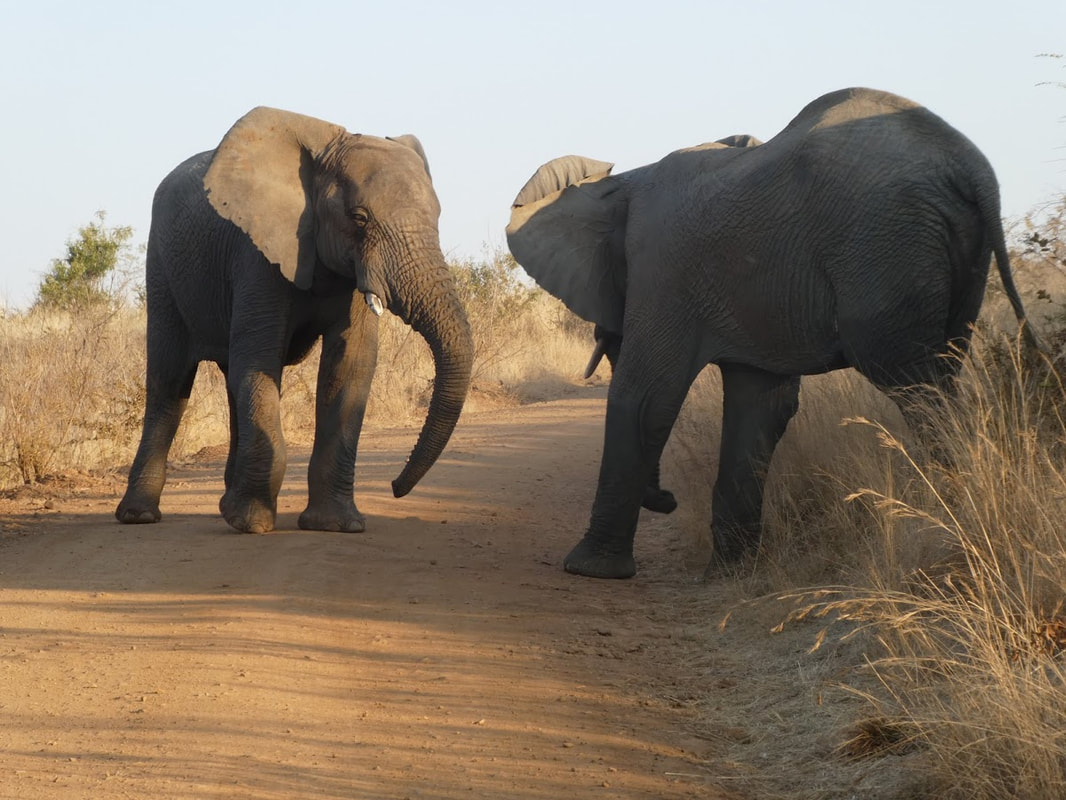 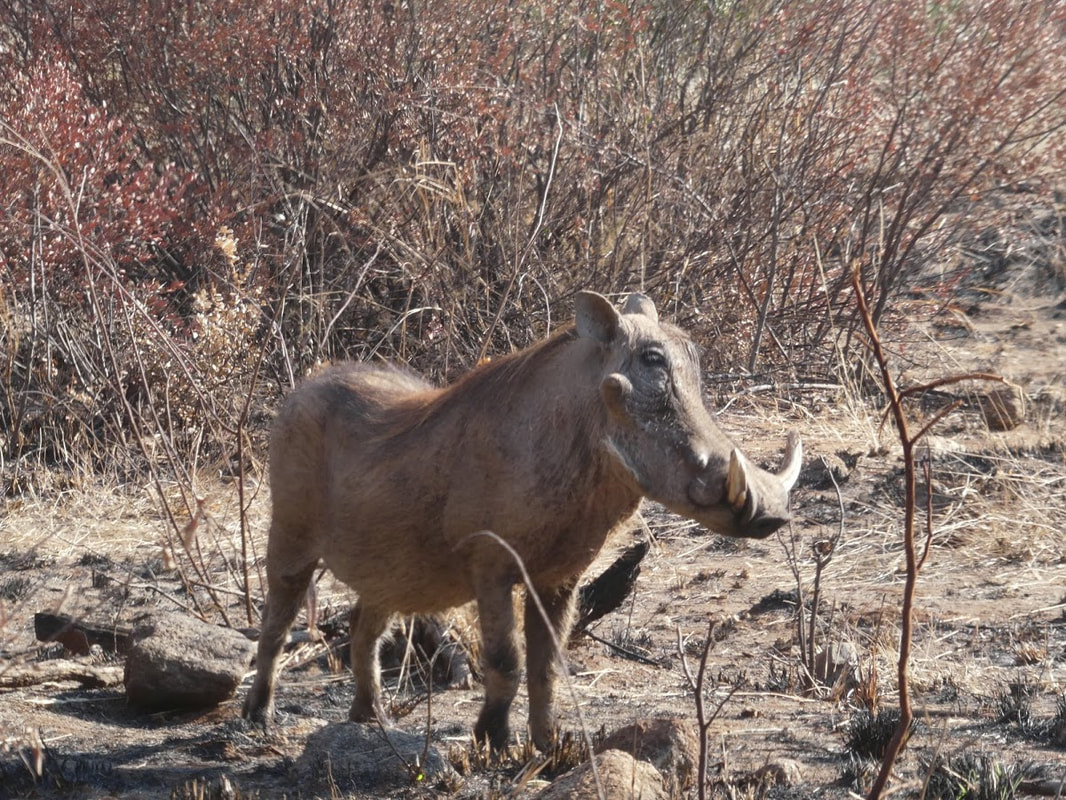 I'm a warthog. I'm so beautiful the U.S. Air Force named a plane after me. 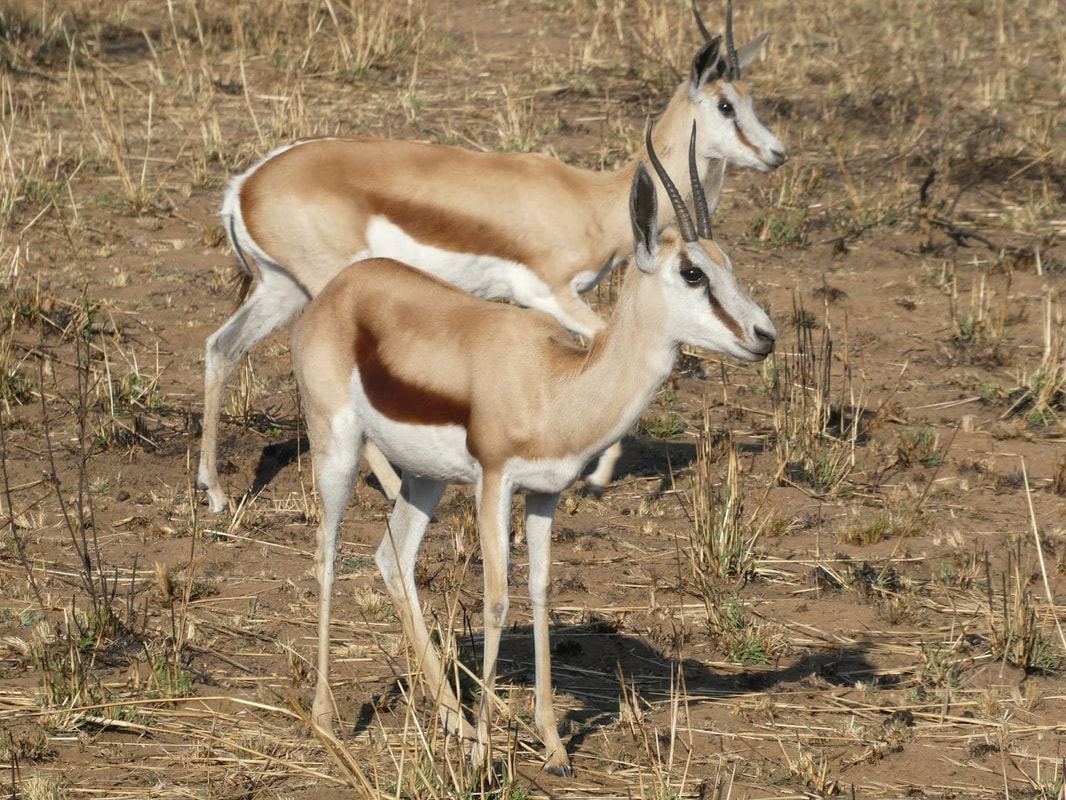 Two impalas with no Chevy dealer in sight. 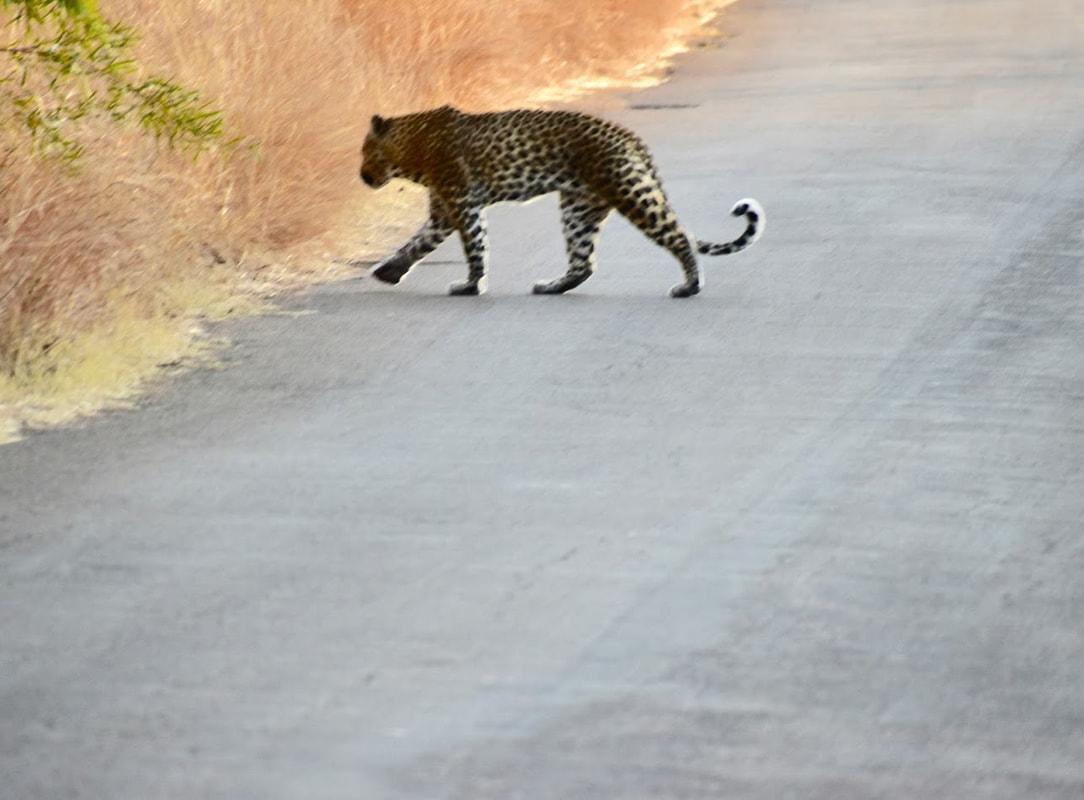 Only the cheetah knows why he crossed the road. 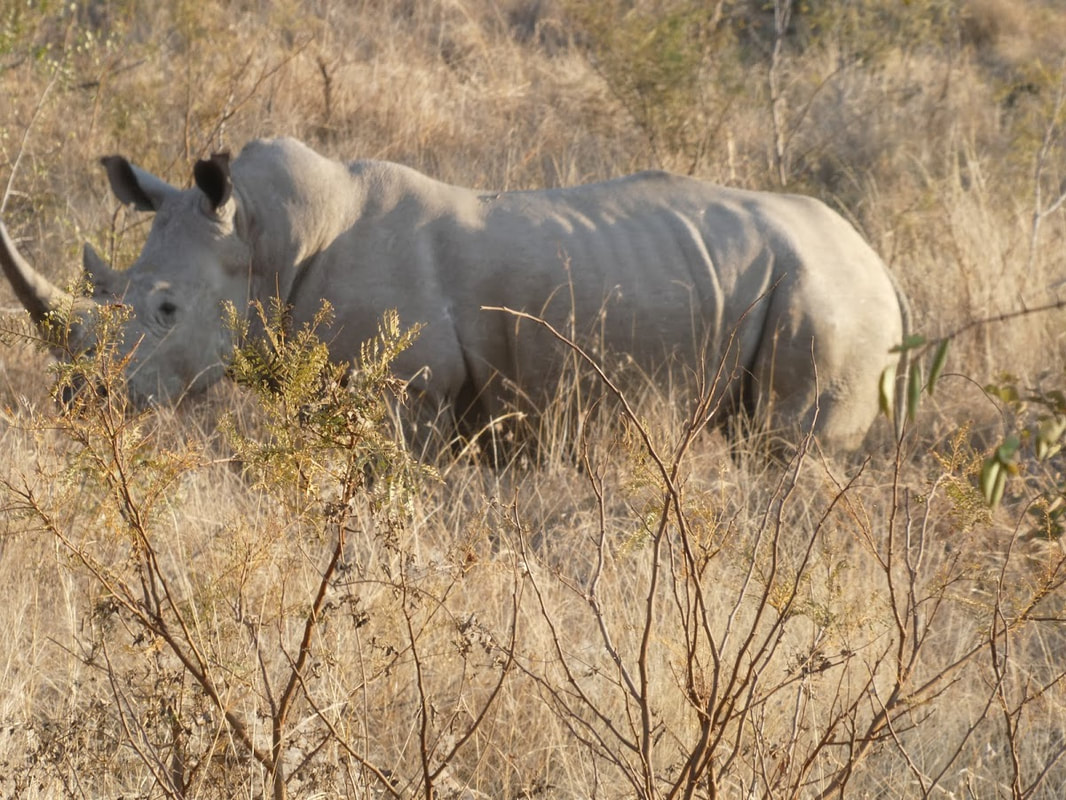 One of the few white rhinos left in the world. Early English-speaking settlers in South Africa misinterpreted the word "wijd" for "white" and the rhino with the wide mouth ended up being called the white rhino. 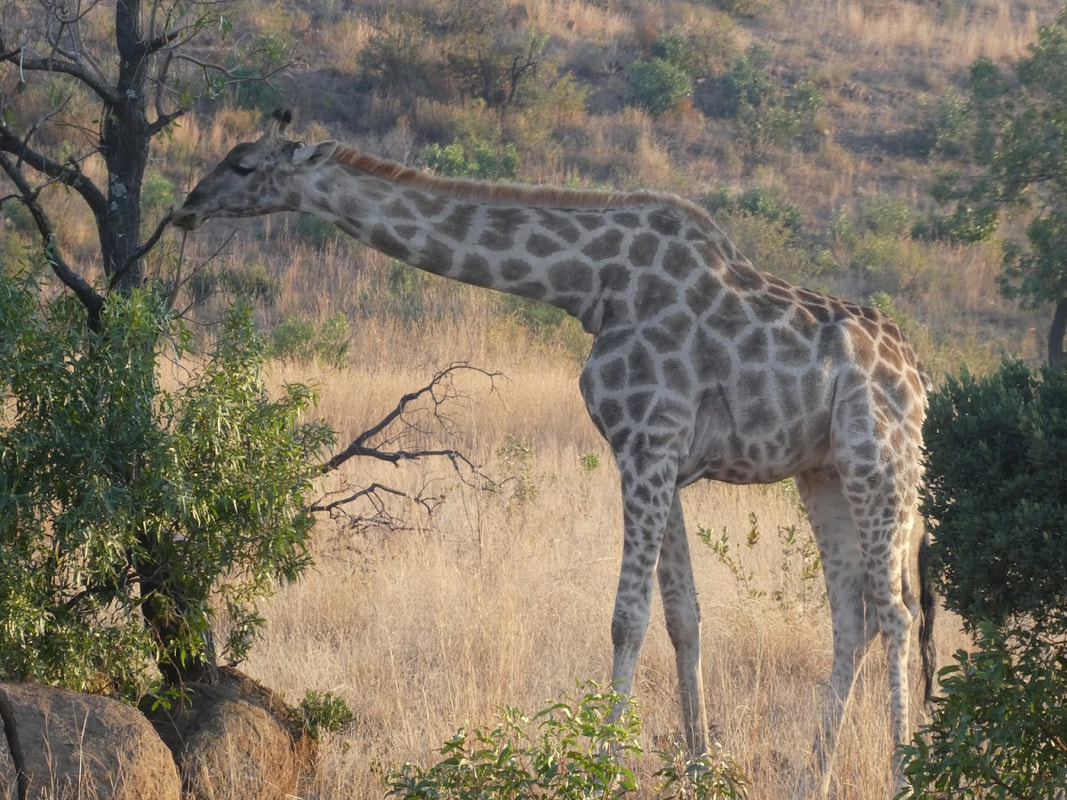 So you have 9 ft ceilings in your condo. Ha, Ha! 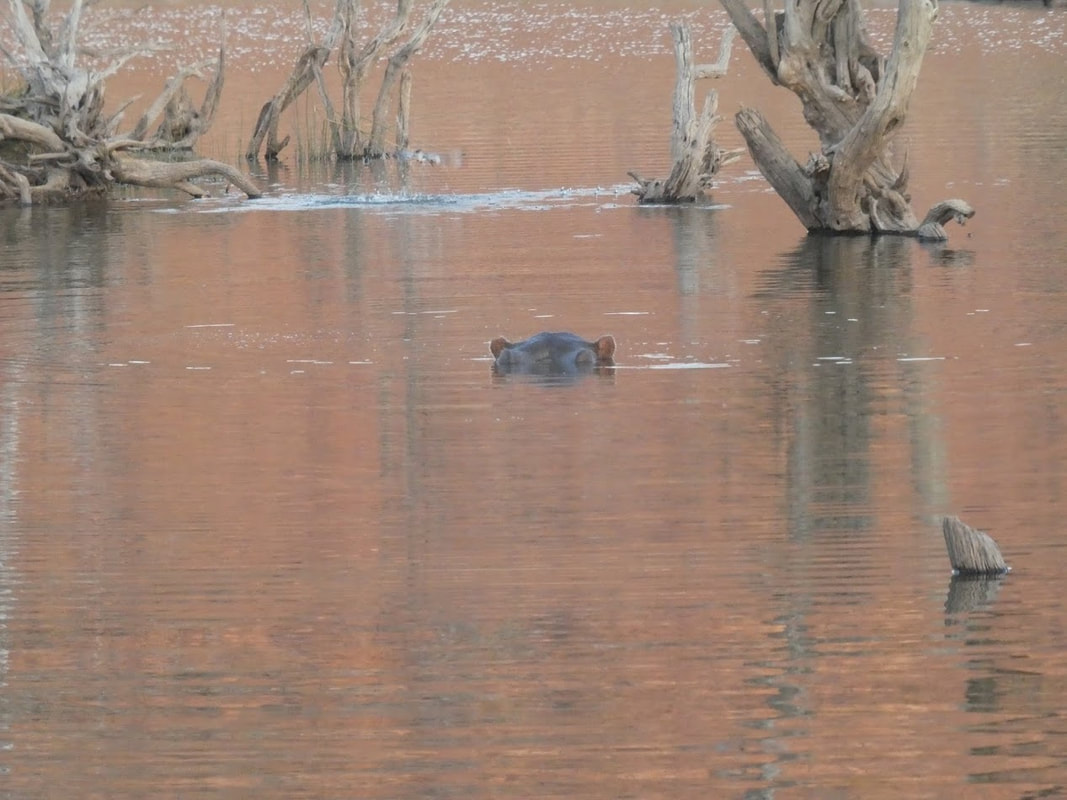 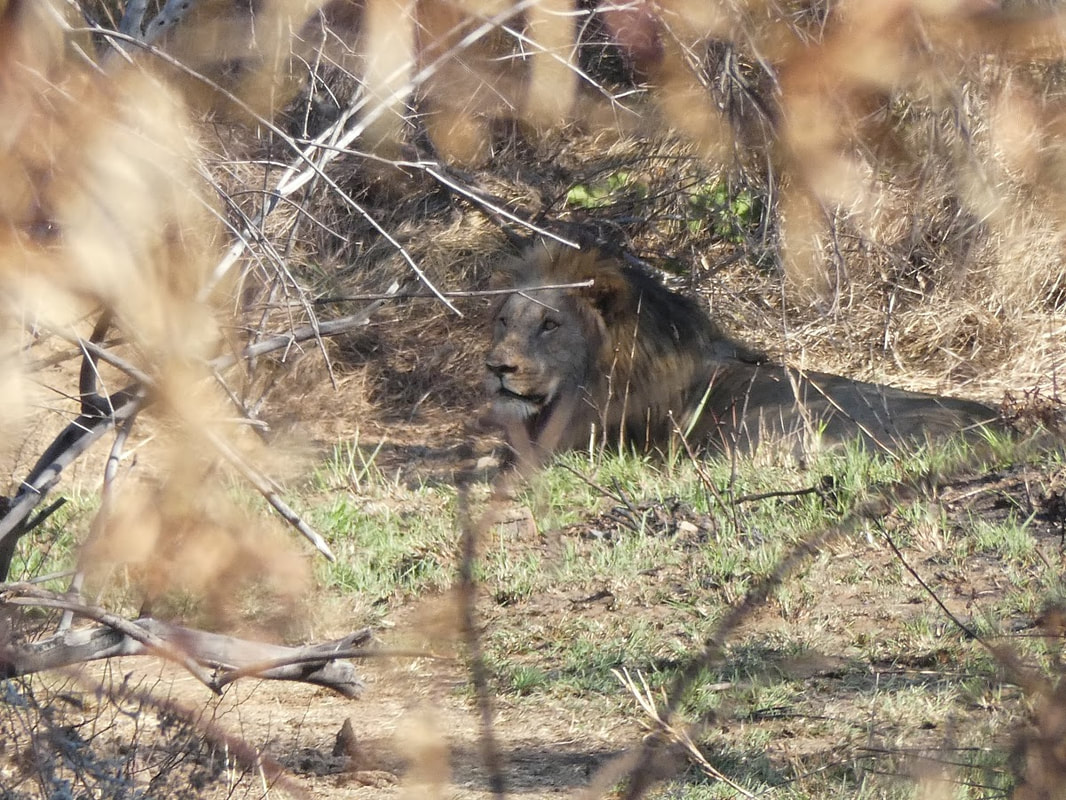 We nearly missed seeing this fellow. 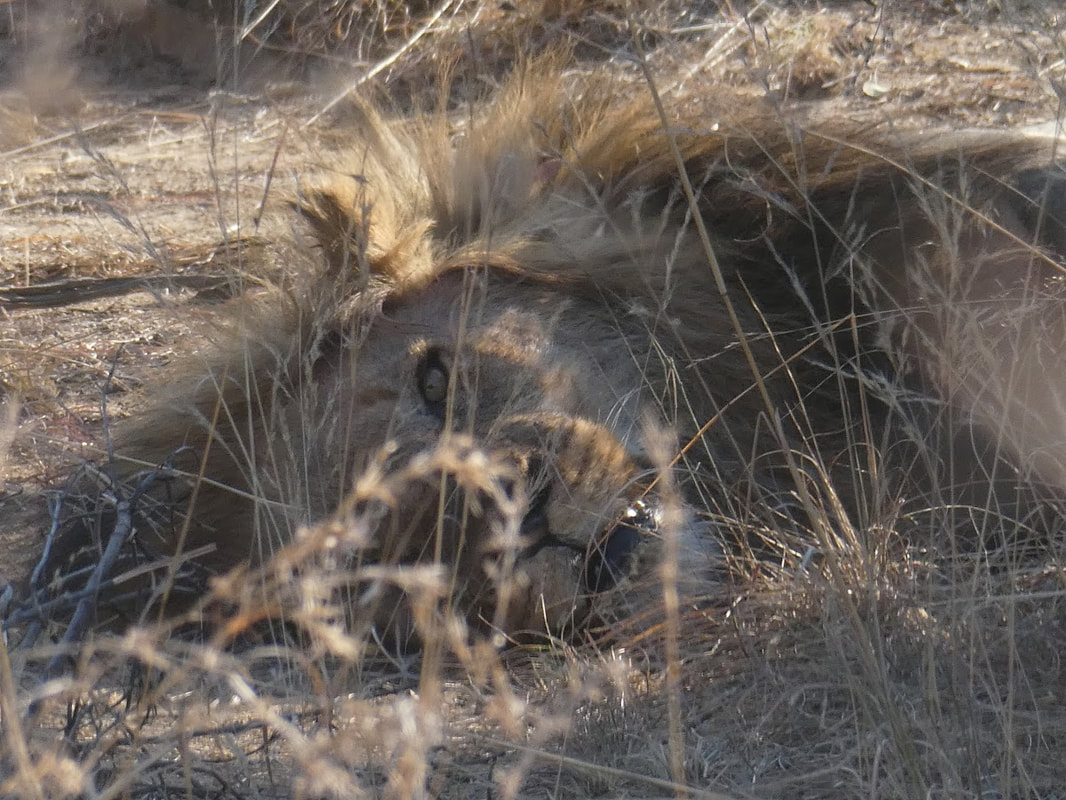 Lion down on the job! 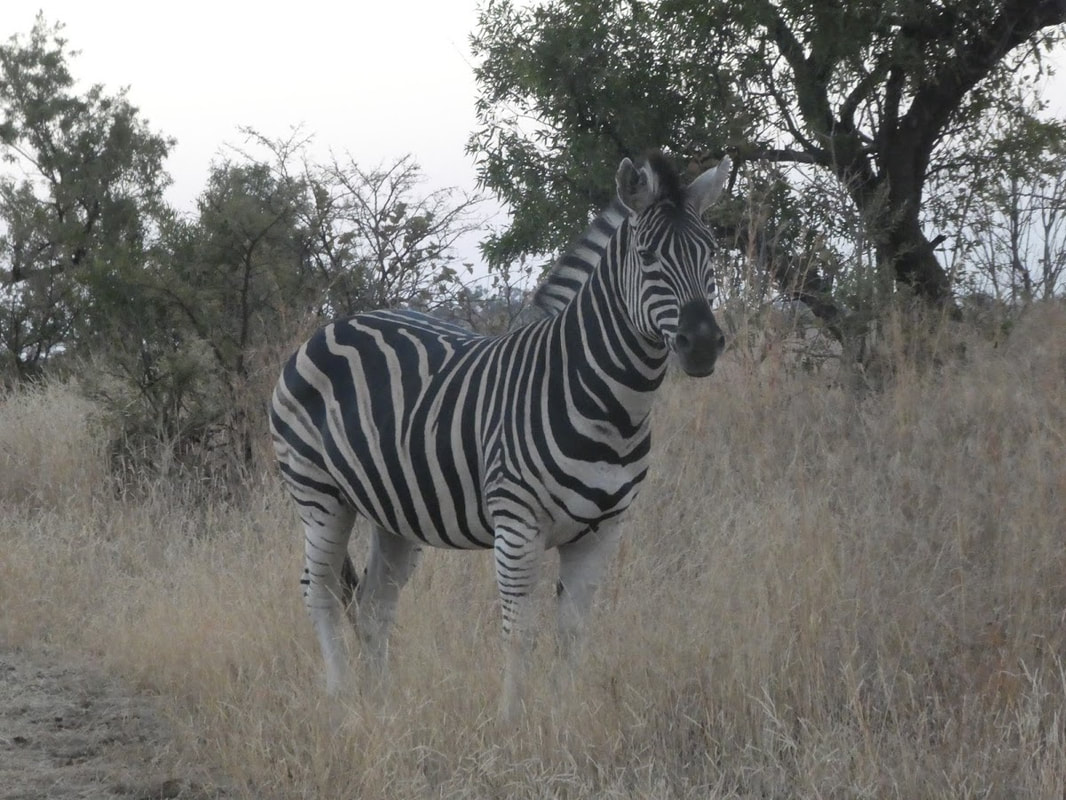 South of the equator some things go from "z" to "a". 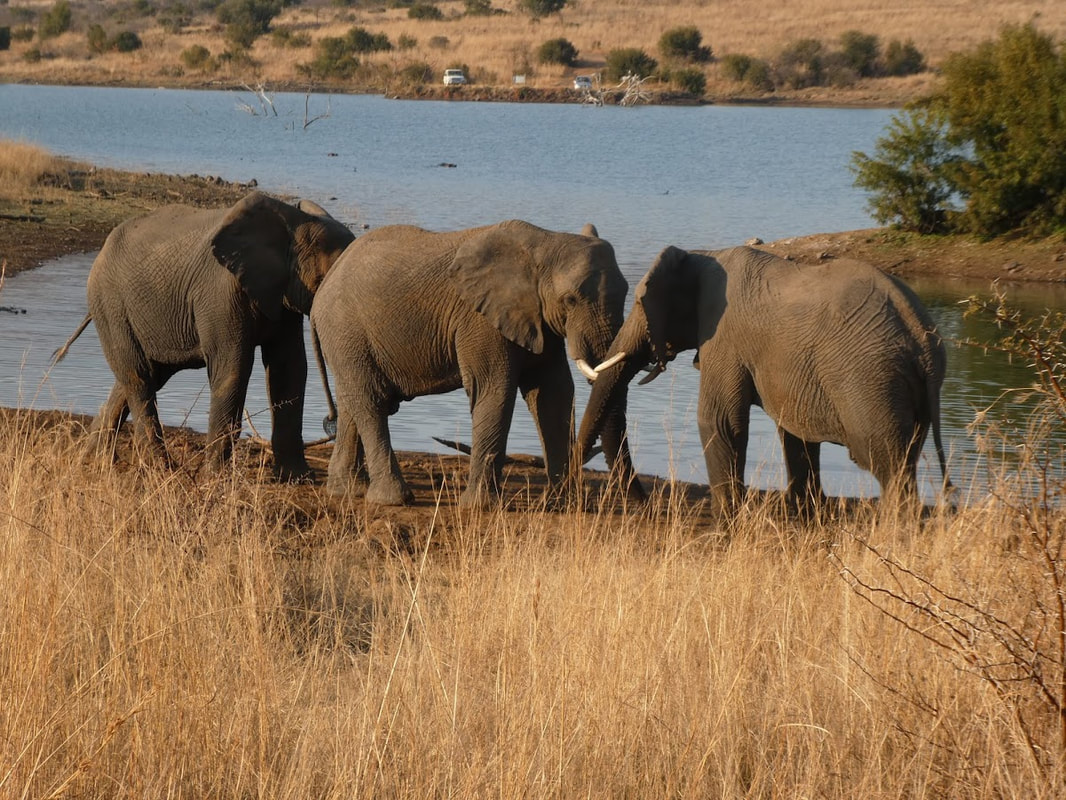 Thanks for visiting us. Y'all come back soon D you heah?
Warren and Peggy took so many pictures on this trip that they are now sorting them out so they can be published in a small book.
The Board of Directors invites you to visit, contribute to and enjoy our Community website.
We welcome your comments on this resident-generated endeavor. Leave a
comment by clicking "Contact" on the Menu Bar.