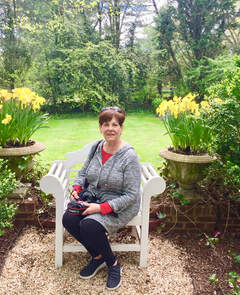 Susan Himmelfarb is not only a long time resident of
The Gatherings she is also an expert photographer.  She has
contributed many of the photographs you see on this web
site including our opening logo and seasonal flower shows as well.  For this project Susan has combed through the large
collection of pictures she has taken on her travels. She's come up with some visual suggestions of places to visit and enjoy in this area.  She calls them Day Trips.  They are a series of stills and animated short videos to give you a few entertaining ideas of where to visit on trips that range from a few miles to a few hours ​away from The Gatherings.
Scroll down this page for suggestions for day trips to these historic Virginia locations. Fredricksburg, Lucketts, Little Washington, Occocquan, Gettysburg, Bull Run and Old Town Manassas.

Fredricksburg, VA - A Day Trip One Hour Away 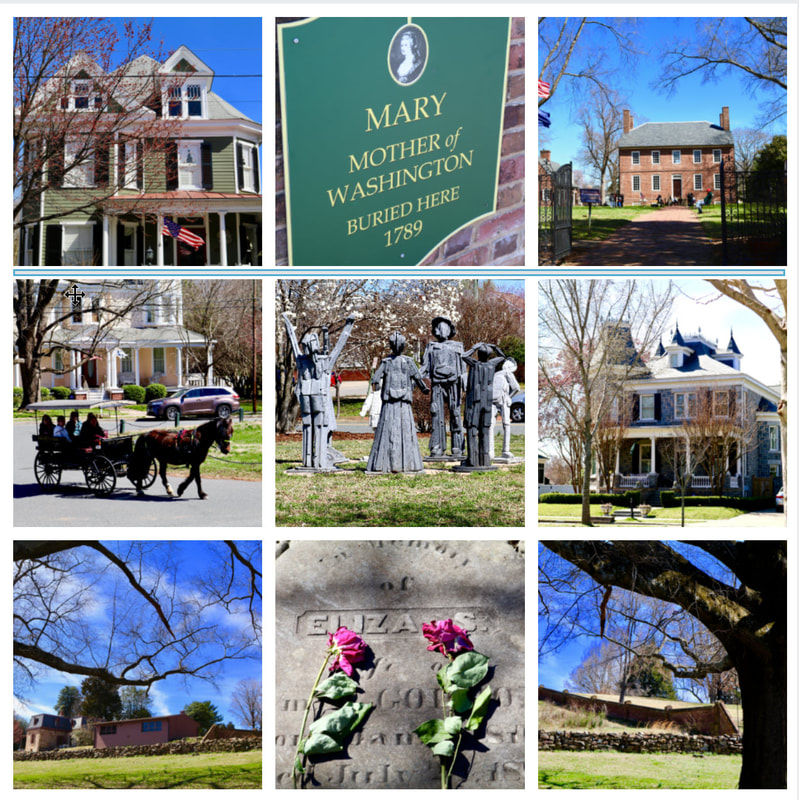 ​Located near where the Rappahannock River crosses the Atlantic Seaboard fall line, Fredericksburg was a prominent port in Virginia during the colonial era. During the Civil War, the town, located halfway between the capitals of the opposing forces, was the site of the Battle of Fredericksburg and Second Battle of Fredericksburg, preserved in part as the Fredericksburg and Spotsylvania National Military Park. More than 10,000 African Americans in the region left slavery for freedom in 1862 alone, getting behind Union lines. Tourism is a major part of the economy, with approximately 1.5 million people visiting the Fredericksburg area annually, including the battlefield park, the downtown visitor center, events, museums, and historic sites.[7]
Fredericksburg is home to several major retail and commercial centers including Central Park (as of 2004, the second-largest mall on the East Coast) and Spotsylvania Towne Centre, located in Spotsylvania County adjacent to the city line.

Lucketts, VA - A Day Trip One Hour Away 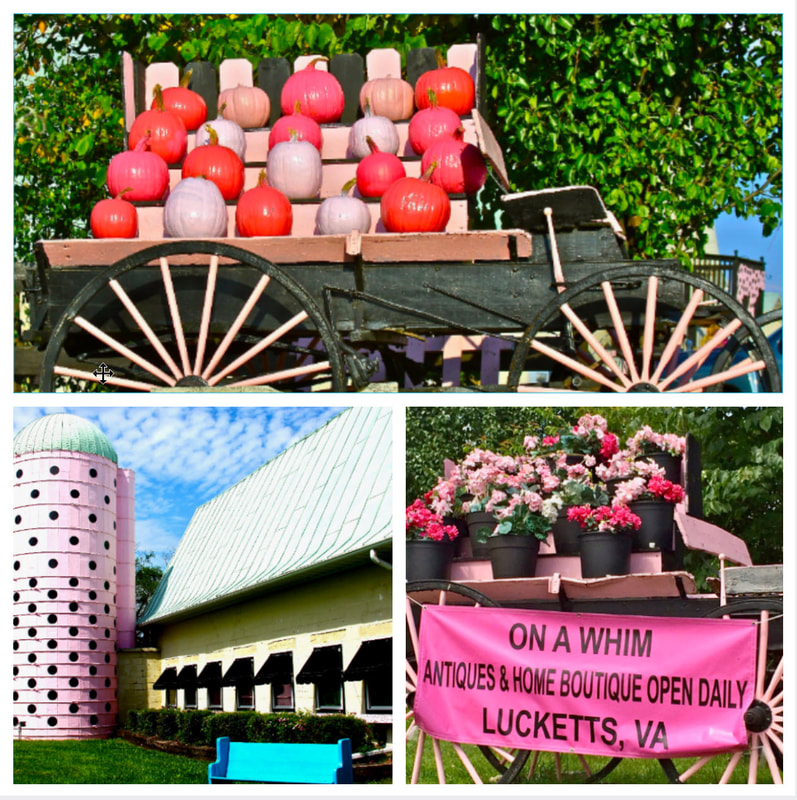 ​Near the Potomac River is Lucketts, VA known for its antique shops bursting with eclectic treasures, especially the Old Lucketts Store, a historic three-story building that was formerly a post office and general store. Each August, Lucketts hosts the Lucketts Fair, which kicks off the fall season of country fairs in Loudoun. In addition, live bluegrass music at the historic Lucketts Community Center is an ongoing tradition.
Click anwhere in each box below to start or stop a short slide show about the suggested location.  And, make sure your sound is turned on.  Enjoy!

Little Washington, VA - About A One Hour Ride

Little Washington, as the locals call it, exemplifies all the best parts of Virginia: a quaint town with beautiful scenery and rich colonial history. This particular town has a population of less than 150 people but boasts some of the most incredible sights, ambiance and food on the East Coast. ​The Inn at Little Washington is everything that  a B&B should be: relaxing, romantic and removed. On top of everything, it is one of the premiere dining experiences on the East Coast. Chef Patrick O’Connell’s food has been described as both “inspired American cuisine” and “so good it makes you cry”.

Occoquan, VA - About 30 Minutes Away

​Historic Occoquan is a community rich in history and consists of residents, artists, shops, restaurants, businesses, and a local town government.  It's outdoor dining, ghost walks, town boat dock and more are located just 11 miles south of the Capital Beltway on I-95 at exit 160 and then north on Gordon Blvd/Rte 123 to Commerce Street.  Directions to Historic Occoquan are available at Google Maps.

On November 19, 1863, Abraham Lincoln delivered his Gettysburg Address at the dedication of the Soldiers' National Cemetery, which was completed in March 1864 with the last of 3,512 Union reburied. ​The fields that surround the small town of Gettysburg are vast in their landscape and stories. But it is the 6,000 acre Civil War military park, dedicated to the soldiers who fought here, that so many come to visit. For first-time visitors, an orientation program before your Gettysburg battlefield tour is a great way to understand what you are about to see.

​On July 21, 1861, two armies clashed for the first time on the fields overlooking Bull Run. Heavy fighting swept away any notion of a quick war. In August 1862, Union and Confederate armies converged for a second time on the plains of Manassas. The Confederates won a solid victory bringing them to the height of their power.

Come explore Historic Old Town Manassas, Virginia. Always an unforgettable destination; quaint shops, museums, and galleries await you amidst the charm of century-old facades. As you stroll through town, you will quickly see why the National Trust for Historic Preservation honored Old Town Manassas with the Great American Main Street award. The southern tradition of hospitality lives on in Manassas, evidenced in the greetings you receive as you walk down the streets or step into the shops. No matter your pleasure, business or history, art or antiques, you will find the perfect memory to take away with you!
The Board of Directors invites you to visit, contribute to and enjoy our Community website.
We welcome your comments on this resident-generated endeavor. Leave a
comment by clicking "Contact" on the Menu Bar.